The internet changed things, there’s no doubt. Every day, more and more people turn online to find ways to supplement the incomes from their day jobs or to replace that pay altogether. Many of them are content creators who have turned to Patreon as a platform to sell access to themselves and their content, giving their most dedicated supporters the opportunity to support them financially. And just a quick look at the Patreon statistics show that it’s a huge player in the creator economy. 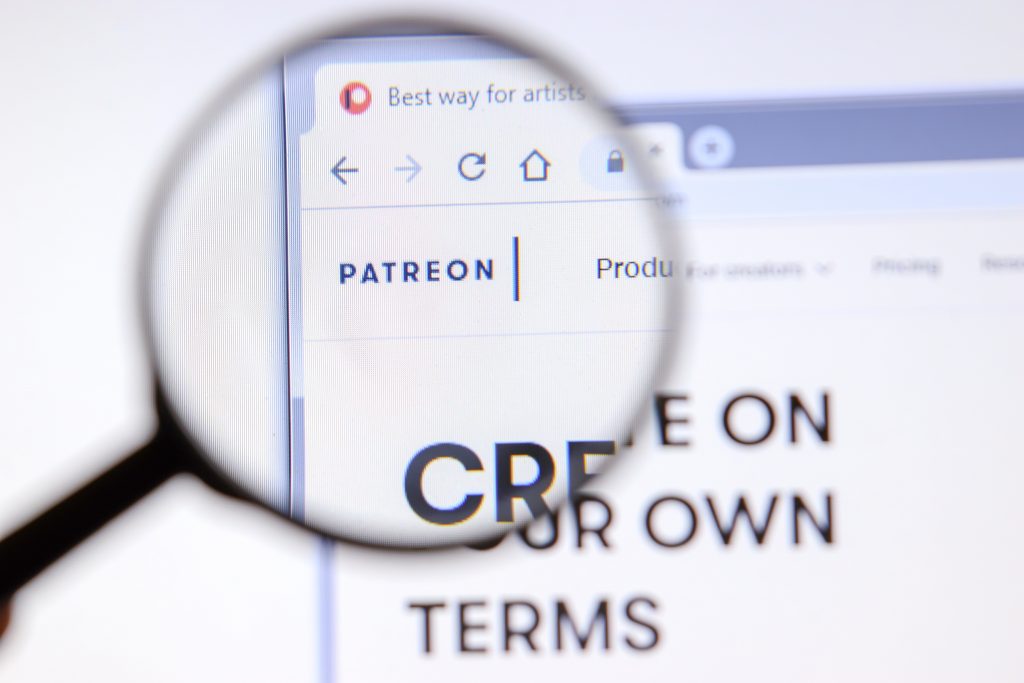 Patreon is a membership site that gives creators the financial tools they need to accept financial support from their supporters. This type of creator-fan relationship is nothing new. In fact, creators throughout history — writers, painters, musicians, and others — have turned to donors to finance their work through patronages. What the internet and Patreon have done is allow that concept to be more widely available and give creators access to a range of supporters who are willing to provide financial support. That supporter is typically given in exchange for certain perks like a private community, access to exclusive content, or others.

Patreon first came onto the scene in 2013 with the mission to help creators monetize their content. Within the first 18 months of going live, Patreon hit 125,000 patrons (supporters) representing total monthly payments at the $1 million mark. These days, Patreon has more than 6 million active patrons supporting a network of 200,000+ creators. Here are some more Patreon statistics you should know to help you understand the importance of the platform.

Unless otherwise noted, statistics have been sourced or calculated based on data from Graphtreon.

Who are Patreon’s top creators? Let’s take a closer look at the creators who are dominating Patreon, winning hearts and making bank! 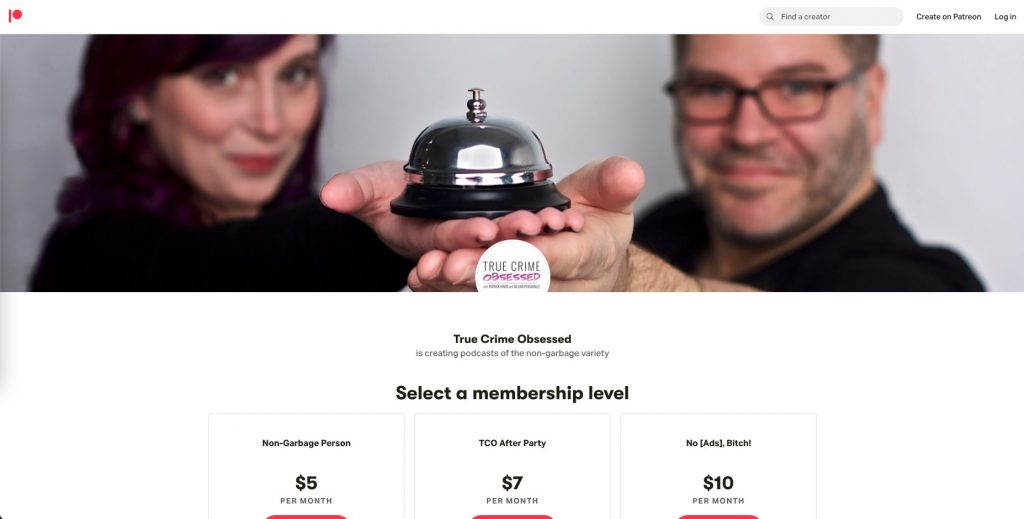 True Crime Obsessed is a true-crime podcast hosted by Gillian Pensavalle and Patrick Hinds. The podcast has been on Patreon since January 2018. Their Patreon feed has become a place for supporters to get access to deep dives into longer true crime docu-series like Serial, The Staircase, Making a Murderer, and The Jinx that they don’t have time to get into in the regular feed. The Patreon feed is ad-free at even the lowest tier, but you can get additional perks with the higher plans (like ad-free versions of the regular episodes and access to live show meet-and-greets). 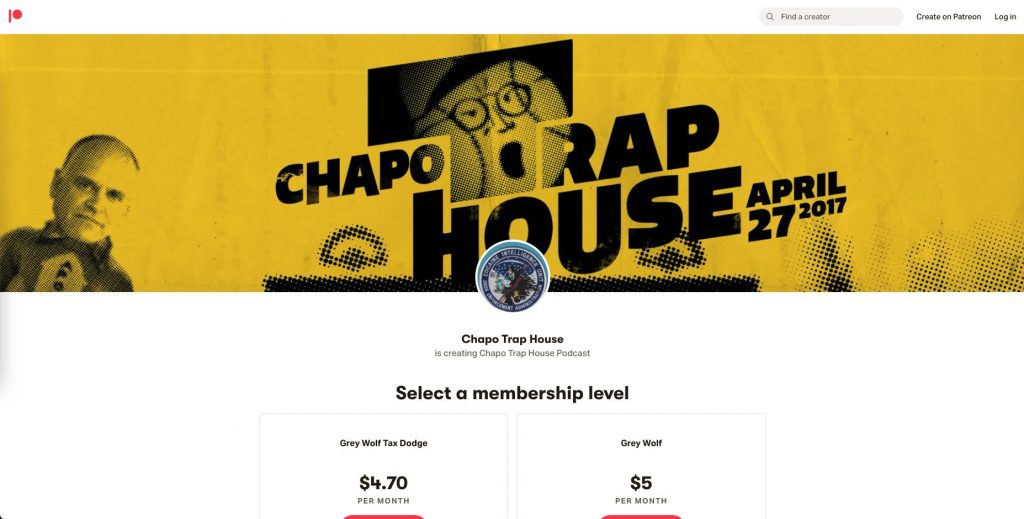 Chapo Trap House is a political podcast based on US politics that started in March 2016. It’s hosted by Will Menaker, Matt Christman, and Felix Biederman with Amber A’Lee Frost coming on as a recurring co-host. The podcast has been on Patreon since May 2016. 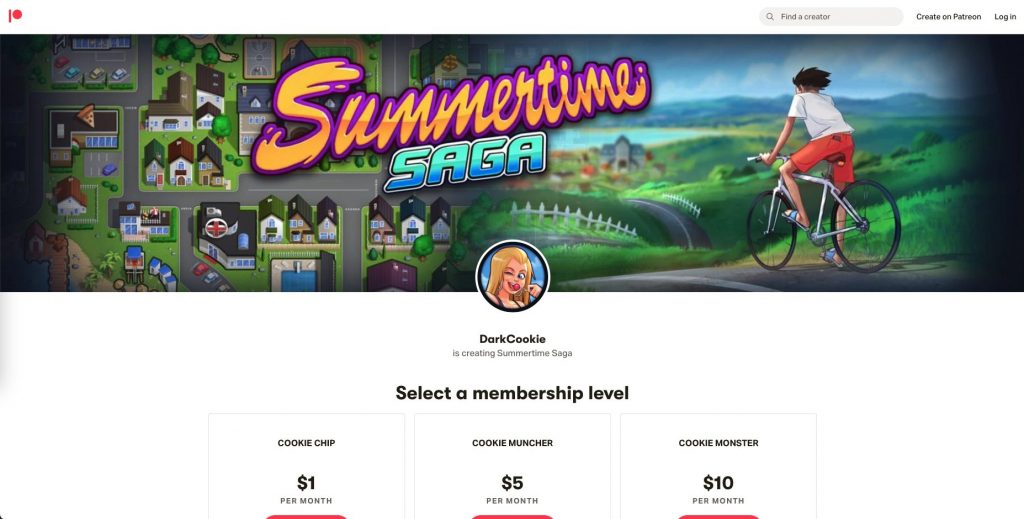 DarkCookie is a game developer using Patreon to support the development of their game Summertime Saga. Summertime Saga is an adult game in which a new college student needs to save enough money for tuition and, oddly, prom night while trying to keep out of trouble with the shady characters to whom his late father was indebted. They’ve been on Patreon since August 2016. 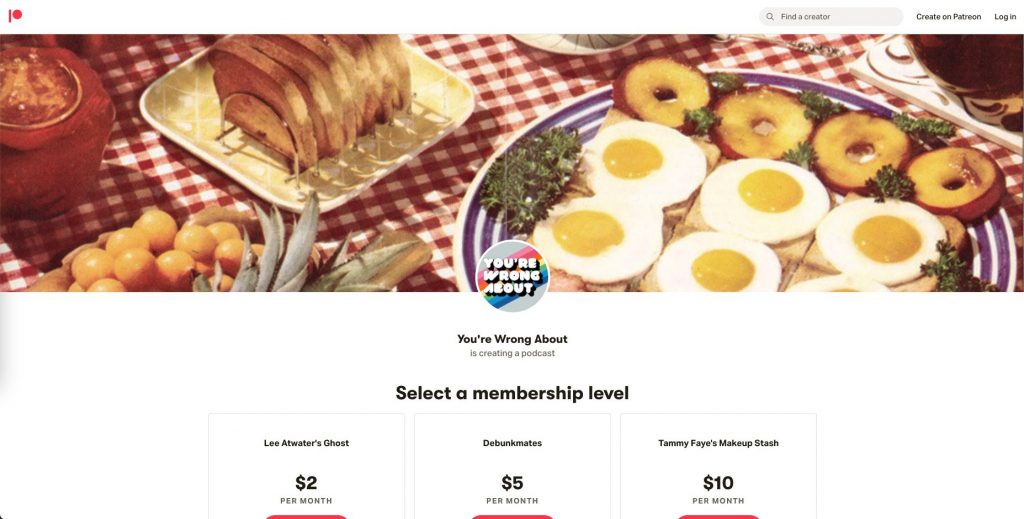 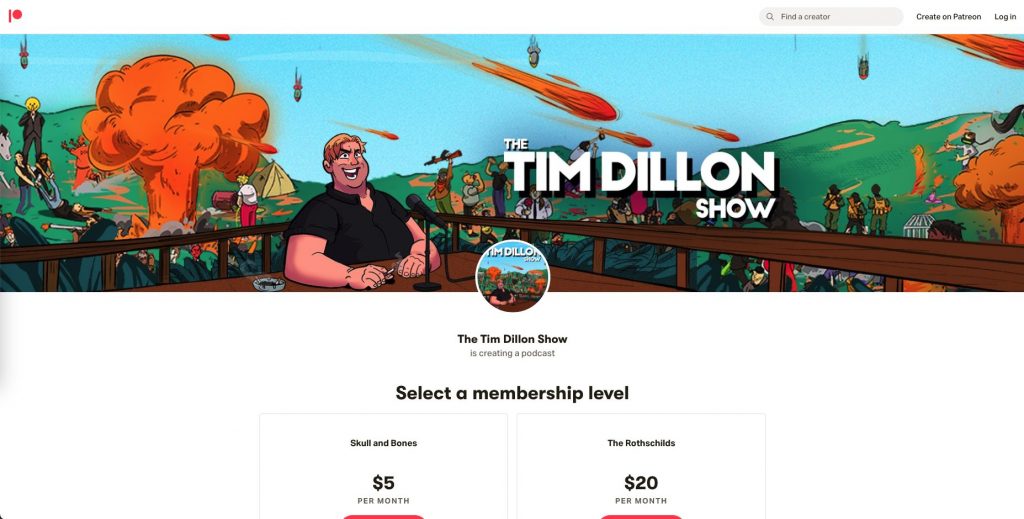 The Tim Dillon Show is a podcast hosted by Tim Dillon. Dillon is a comedian who uses his podcast to share apocalyptic visions with his friends and chastise a local diner. The podcast has been on Patreon since August 2019. 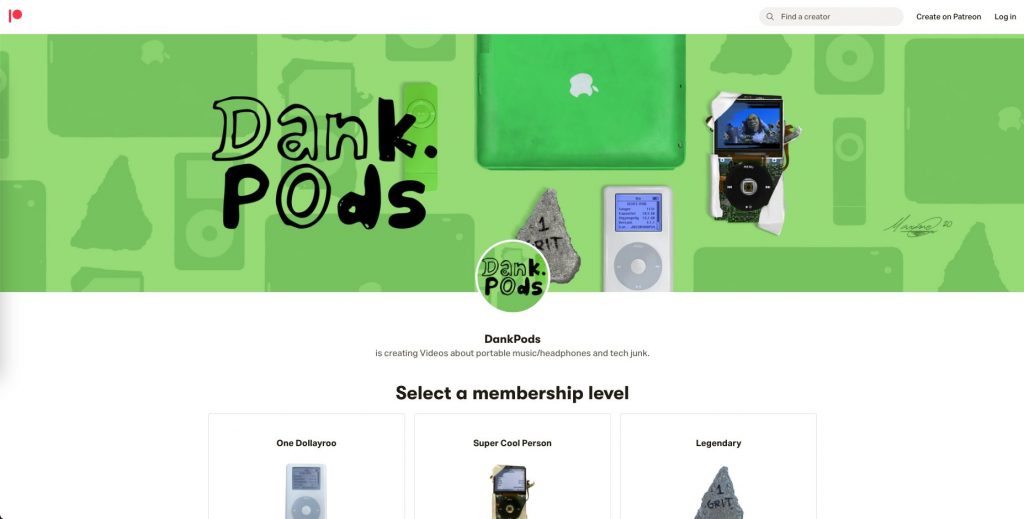 DankPods is an Australian YouTuber who does various things to his iPods, showing how they could work if they were awesome, presumably. His YouTube channel is filled with videos of various music, headphone, and tech junk breakdowns. It’s a pretty good bet that his Patreon feed is the same. He’s relatively new to Patreon and has only been on the platform since March 2020. 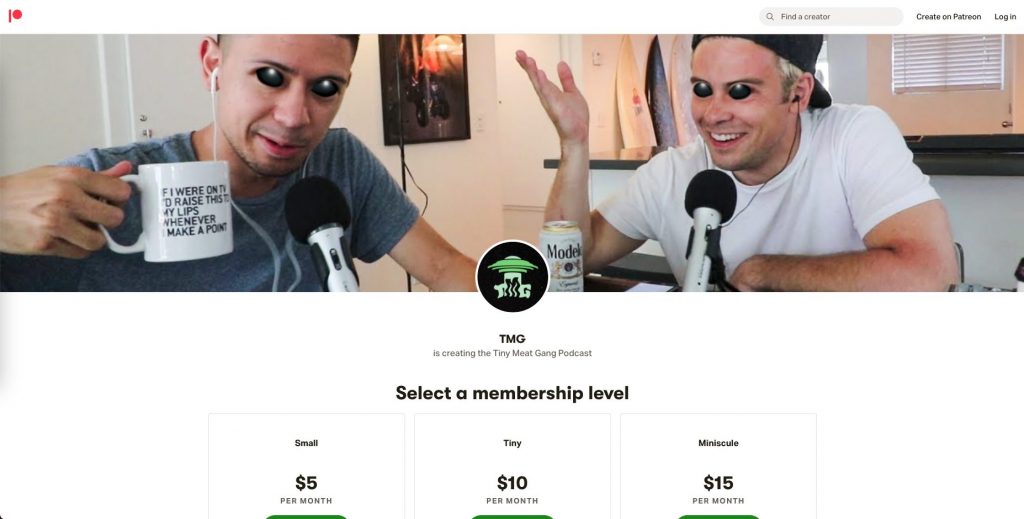 TMG, the Tiny Meat Gang, is a podcast hosted by comedians Cody Ko and Noel Miller. Noel tends to talk about things like UFC, F1 Racing, or streaming while Cody talks drama and cooking. They’ve been on Patreon since October 2017. They have quite a loyal following — enough to warrant an entire website devoted to influencer merch from the duo. 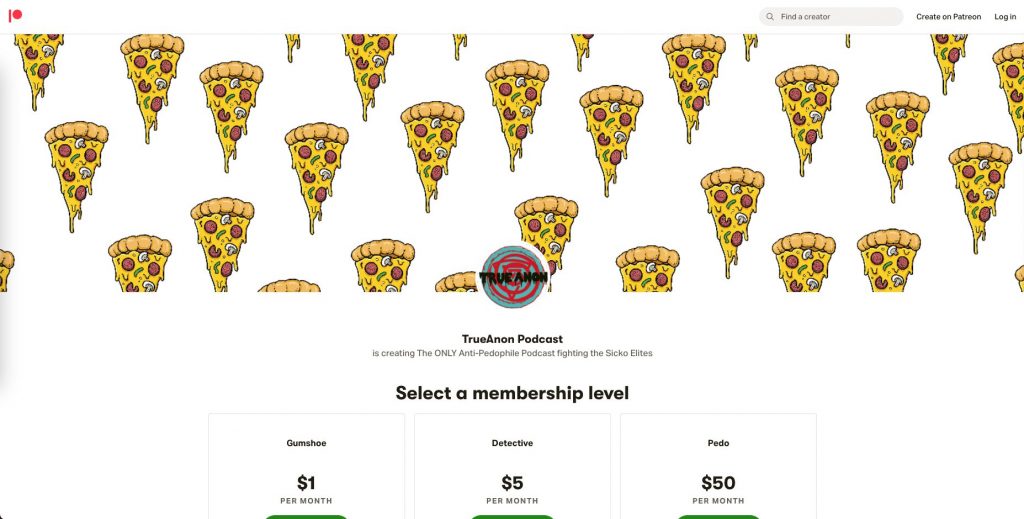 TrueAnon is a political podcast (US) hosted by Brace Belden, Liz Franczak, and @yung-chomsky. They mostly talk about the Epstein conspiracy theory but you’ll also find a left-wing analysis of other political events and issues. They’ve been on Patreon since July 2019. 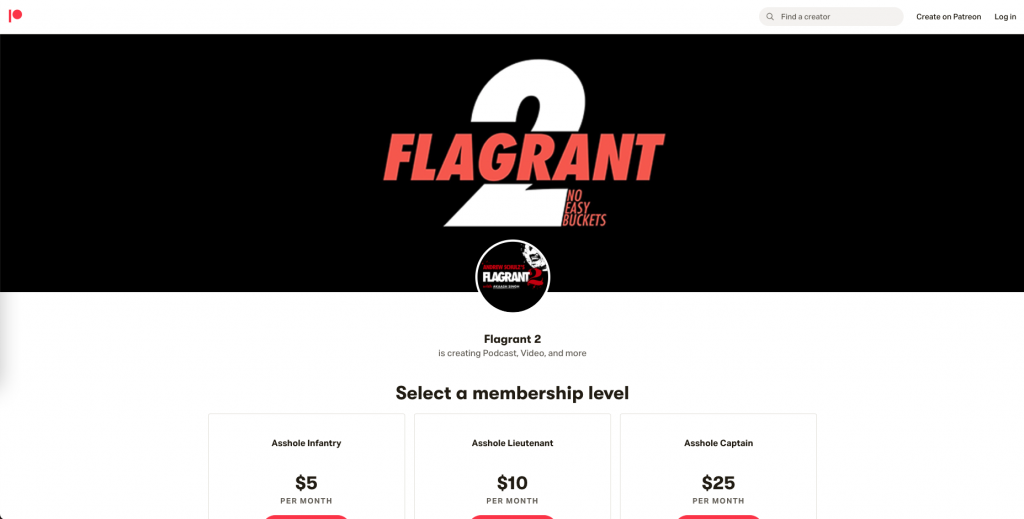 Flagrant 2 is a “shock jock” style comedy podcast that claims to offer up an alternative to “political correctness.” It’s hosted by Andrew Schulz, Akaash Singh, AlexxMedia, and Mark Gagnon and has been on Patreon since September 2018. 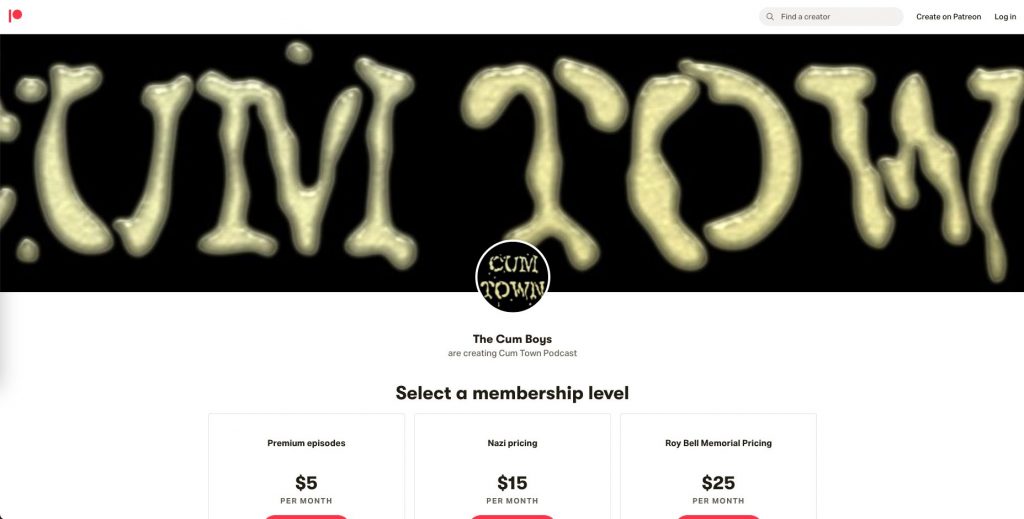 11. Not Another D&D Podcast 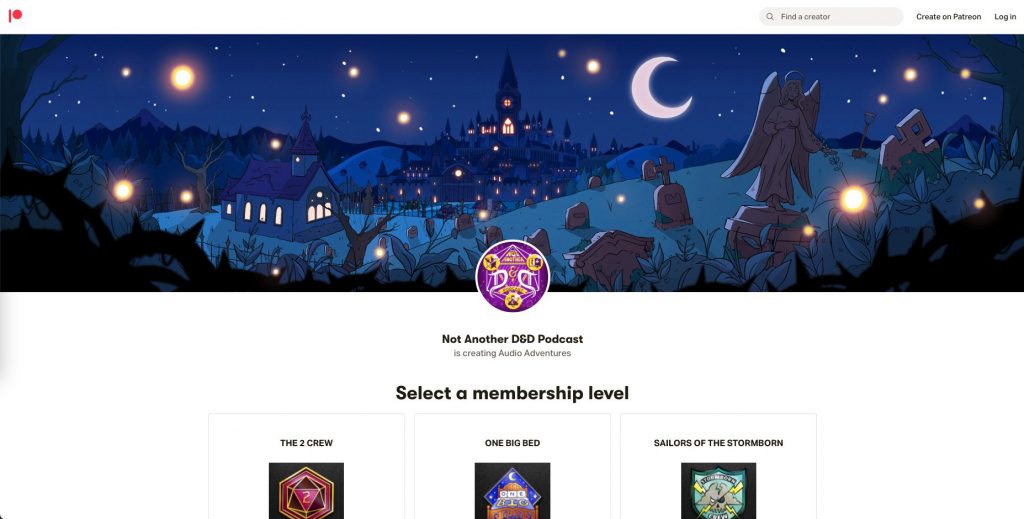 Not Another D&D Podcast is a podcast hosted by Bryan Murhpy as the Dungeon Master. It’s a weekly podcast that features the creative, collaborative storytelling you’d expect from a podcast about Dungeons and Dragons. They’ve been on Patreon since May 2018. 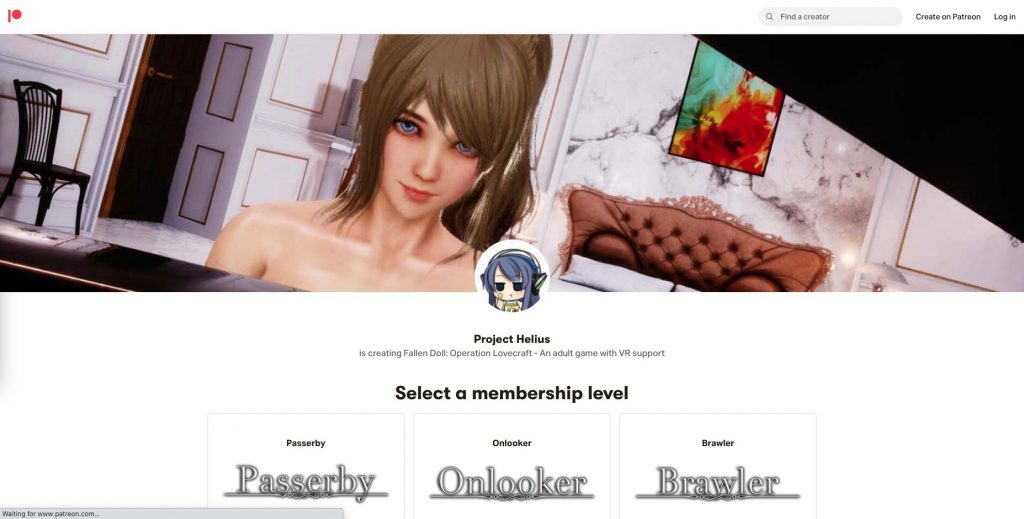 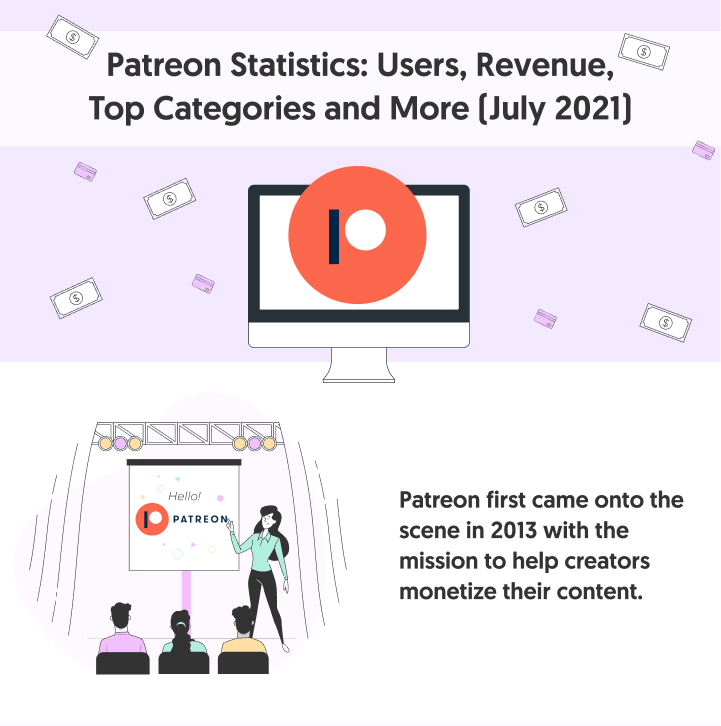 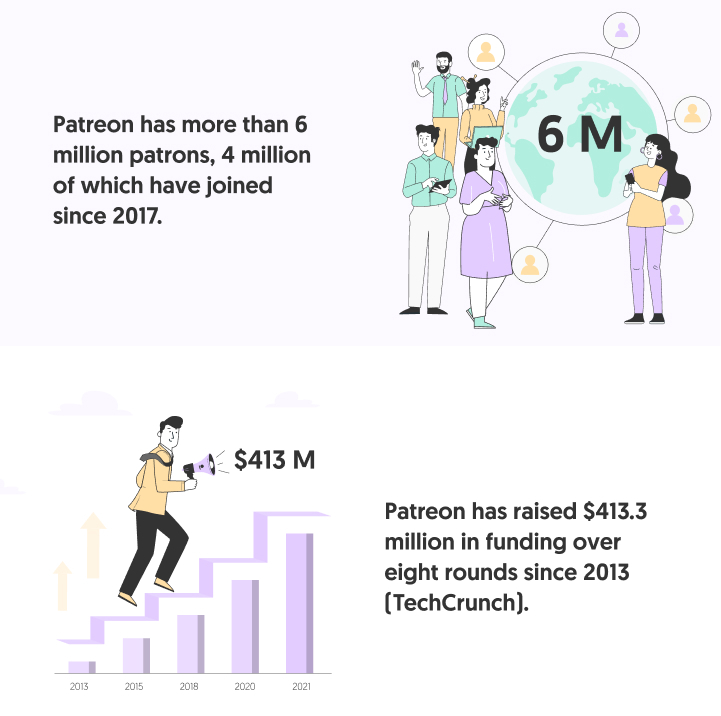 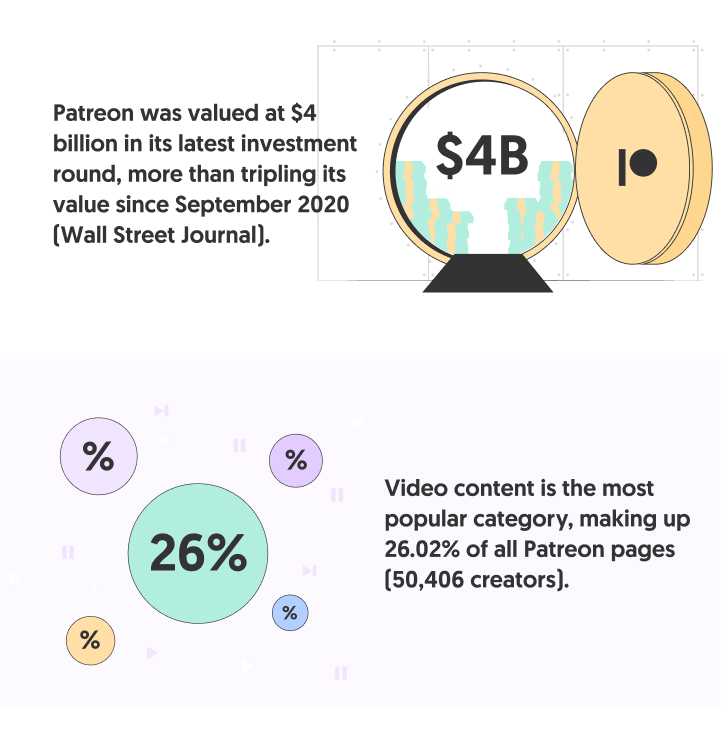 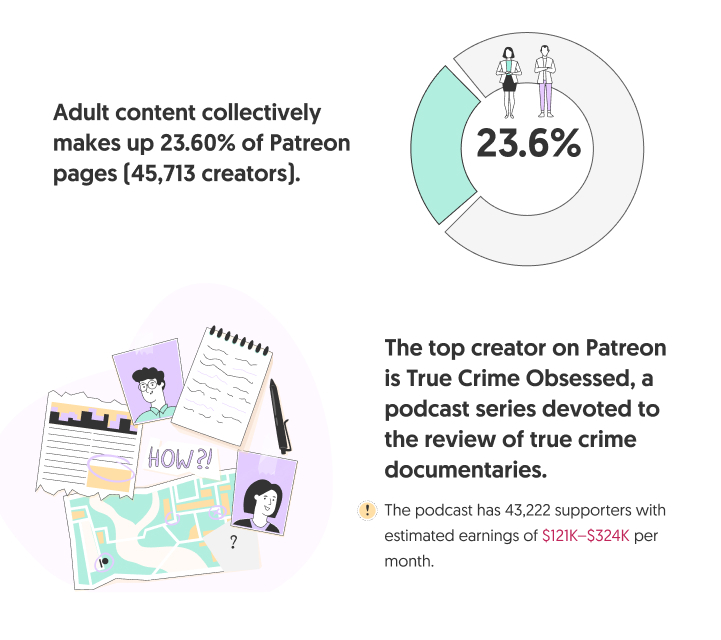 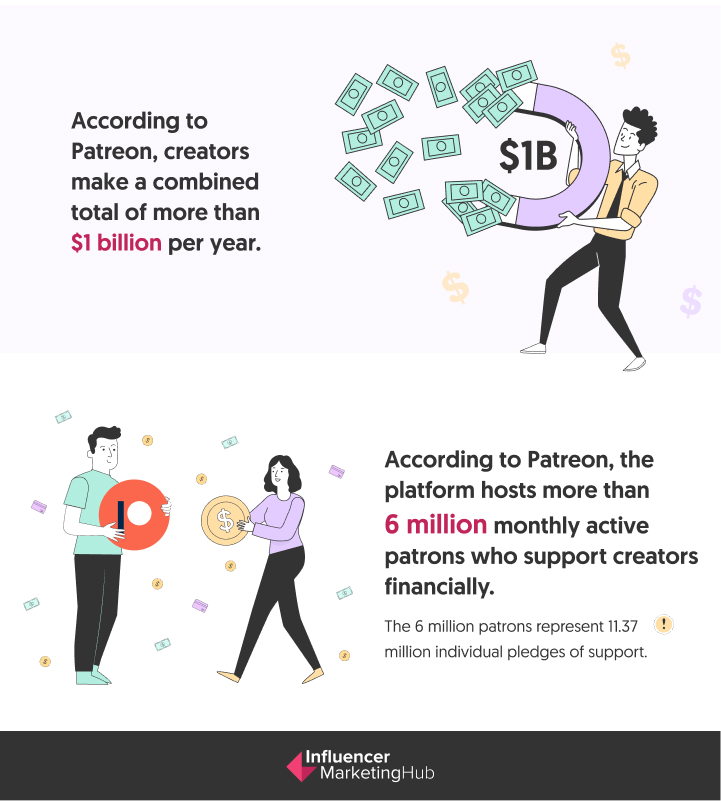 As you can see, Patreon is still experiencing strong user and creator growth with no signs of slowing down. If you’re not already using Patreon to generate a recurring revenue stream for your business, there’s no time like the present to get started!

Patreon is a membership site or subscription site where creators can get financial support from the people who enjoy and consume their content.

How many creators are on Patreon?

As a Patreon creator, what statistics should I track?

You’ll want to pay attention to:
– Engagement (how many people like, comment, and share your content)
– Retention (how many patrons keep their pledge to you over time)
– Delete surveys (shown to patrons if they delete a pledge, gives creators insight into why they’re leaving)
– Click-through rate (percentage of viewers who click a link on a post, video, or other content, shows how engaged your supporters are)
– Recent post viewers (see how many viewers you have on your posts)

How much do creators earn?

It varies, of course. Check out our Patreon Money Calculator to get an idea of what you might bring in.

What are the top categories on Patreon?

Formats, Platforms & Tips to Get Started