When it comes to social media, more is not always best. Imagine reading a tweet the size of a novel – or even a page. Some visual media even stricter limits – try and upload a video of more than 60 seconds to TikTok or using more than 30 hashtags on Instagram. Even if a platform doesn’t have stated social media character limits, it makes sense from a practical viewpoint to limit your post sizes. Who is going to read your magnum opus on a Facebook post without unfriending or unfollowing you?

We have a new tool, our Social Media Character Counter, to ensure that you don’t write too many characters in your posts. It can be infuriating to carefully craft out the perfect tweet, only to find Twitter giving you an error message because you made it just a bit too long.

Social Media Character Limits You Should Be Aware Of:

With our Social Media Character Counter, you can ensure that those pesky social media character limits don’t sneak up on you, meaning that you have to rethink and rewrite your post at the last minute, just when you’re ready to press Send.

Just type your message in the box provided, and the number of characters you use appears in the box beneath. You can check further down this post for any social media character limits (or optimal values where there set limits don’t apply) and ensure that your post doesn’t exceed the maximum permissible length for your network. Once you’re happy, copy and paste your message into your social media account, add any graphics, and then push that network’s equivalent to a Send button.

Write or paste your text into this online character counter:

Although Twitter isn’t the most popular social media network nowadays, it has the most clearly defined and understood character limit – 280 characters per tweet. Indeed, in its early years, Twitter had an even stricter limit of just 140 characters before doubling the size of an allowable tweet in 2017.

However, just because you can use 280 characters doesn’t mean you necessarily should. Remember, Twitter is all about short sharp messaging. Twitter advises brands to follow the C’s when tweeting: concise, clear, and conversational. Therefore, you need to clearly explain your message as briefly as you can while at the same time encouraging conversation and engagement. You will also make your tweet visible to more people and increase the likelihood of engagement (conversation) if you include a video, GIF, or image. If you include a link at the end of your text (and you have enabled Twitter cards on the website to which your link points), Twitter will remove the link text from your character count.

Data from Buddy Media shows that tweets containing 71 to 100 characters receive 17% higher engagement than longer tweets. Track Social research similarly found 100 characters to be the optimal length for a tweet.

Twitter also advises brands not to overdo their use of hashtags. Too many can clutter your messaging and take attention away from your link. While brands have traditionally used hashtags to help with discovery, this appears to be less valuable now. If you have a branded hashtag, perhaps customized for a campaign, restrict your hashtag usage to that one. 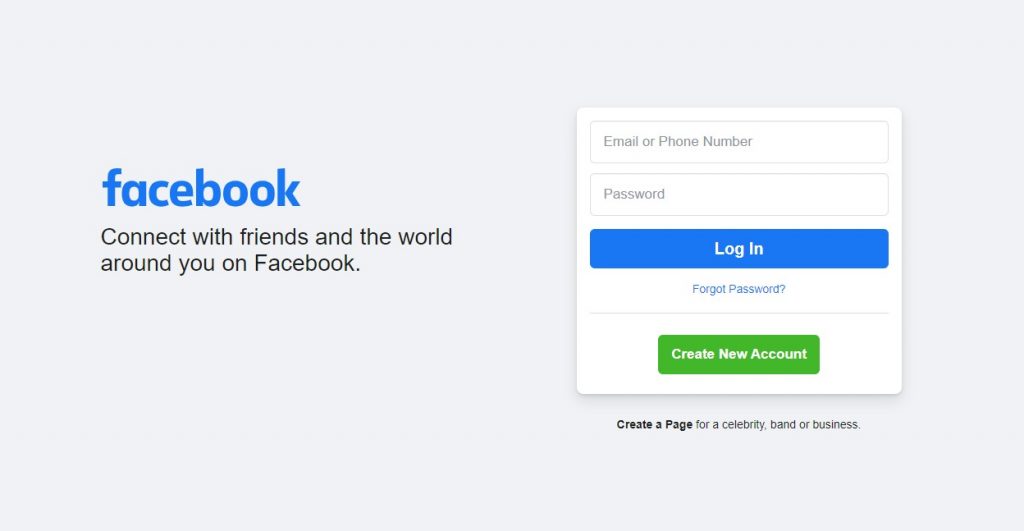 Facebook has a sizable character limit for its status posts, 63,206 characters, but obviously, you want them to be of a practical size if you want people to read and engage with them. People only have limited time and attention spans and quickly turn off to a wall of text.

However, with Facebook being the most popular social network, many different audiences use the app. This means there isn’t necessarily one-size-fits-all advice for all brands operating Facebook accounts. You need to experiment to see what types of posts your audiences respond best to.

Shorter text descriptions perform best. Some studies have suggested that the best-performing Facebook posts have just 25 to 55 characters. Jeff Bullas found that Facebook posts with 80 characters or less receive 88% more engagement.  Posts longer than 80 characters generally suffer from being truncated in the mobile app. Again, you really need to include a video or image if you want people to notice your posts, with live video giving the highest engagement.

There are no clear preferences regarding hashtag usage on Facebook. It depends on your target audience and the niche in which you operate.

Successful Facebook ads tend to be even shorter than organic posts. Ad Expresso carried out an experiment testing seven different length ads, all including the same graphic. Versions ranged from one sentence with a 15-word description to one with six paragraphs of text, 183 words. Several of the versions included bullet points, with and without emojis. Ultimately Ad Expresso found that mid to long ad text produced the lowest CPA and the maximum number of leads. The best result came for a version featuring one paragraph of text, 47 words. Notably, the simple one-sentence ads performed worse than either long ad copy or bullet points.

LinkedIn has a range of social media character limits for different features. It has a professional audience, who will often happily read lengthy posts relating to their industry or topics of interest. However, you will find a limit to how many characters show in the mobile app, 140 characters, before the message cuts off. LinkedIn’s maximum character limit for a company update is 700 characters.

Recognizing the importance of a LinkedIn company page, you can use up to 2,000 characters in your About us/Summary.

Some other relevant limits set by LinkedIn include:

Hashtags have increased in importance over recent years to organize posts, so you should consider using one or two for that purpose.

If you write and publish articles on LinkedIn (or on a blog that you hope people will share on LinkedIn), you should create relatively long-form content. John Espiran analyzed 50 of his B2B posts and found that by far, the most shares on LinkedIn were of posts of 2000-3000 words. His worst-performing blog posts were those with fewer than 1000 words. Espiran recommends you publish content on your own blog first, get your post indexed by Google, and then publish the content on LinkedIn, tweaking the heading and opening paragraph to differentiate it from the original. LinkedIn’s limit on publishing content is approximately 120,000 characters, plus 150 characters for the headline. He adds that you are unlikely to suffer any duplicate content penalties from Google on this limited scale. 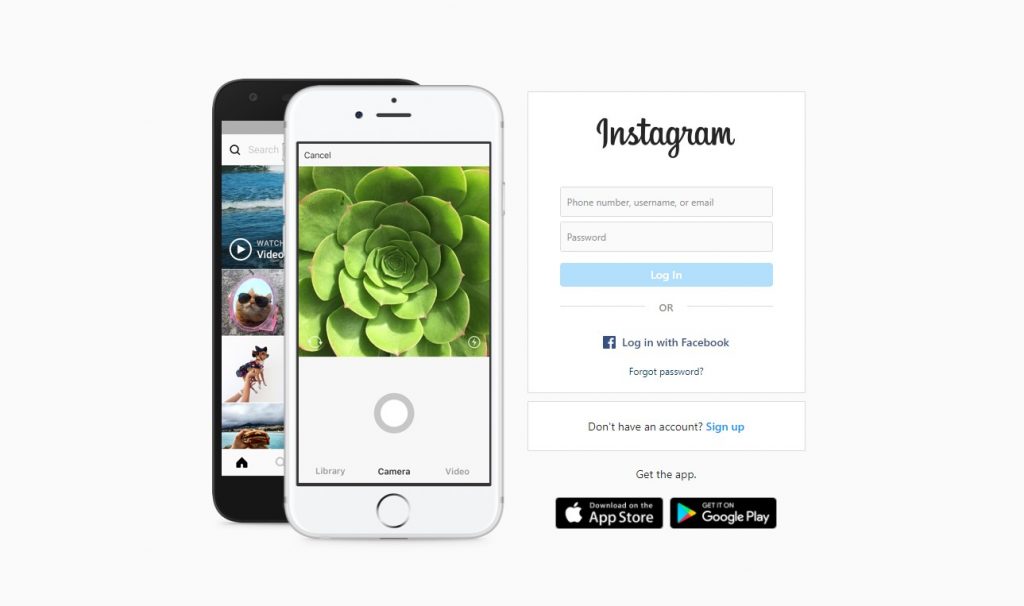 Unlike the previous social media networks we have covered, Instagram is primarily a visual network. However, despite this, you can write quite lengthy captions to your Instagram posts.  Instagram has set a social media character limit of 2,200 characters for its captions.

In most situations, you will not need to write captions anywhere near that length. However, over the last few years, there has been a trend to write more extended captions on Instagram. Brands are finding them an excellent way to tell their story and connect with their followers. Later reports research by Fohr that has seen average caption lengths more than double since 2016. The most recent data at the time of that study found that Instagram captions averaged 336 characters in 2019, and the study expected average caption lengths to increase to 405 characters in 2020. This averages out at 65-70 words.

Later has found that influencer posts on Instagram with longer caption lengths have higher engagement. In 2019, the best engagement rate, 5.97%, came for posts that averaged 1000 characters.

Instagram recommends that the text in your ads be shorter, however. They believe that 125 characters is a safe size to limit your text’s chances of being truncated, particularly in the mobile app.

You can use up to 30 hashtags in an Instagram post; however, that can be overkill if you want maximum engagement. It just looks like a wall of text that doesn’t tell a story that nobody will read. Also, if you repeatedly use the same combination of hashtags, you risk Instagram shadowbanning you. It is far better to restrict your hashtag usage to 5-10 per post. Track Maken has also found that the best performing posts use hashtags with 24 or fewer characters.

While the focus of YouTube is the videos uploaded to channels, it does have some character limits. Your maximum video title length is 70 characters, followed by a description of up to 5,000 characters – not that you would use such a long description in practice.

You can create playlists of up to 60 characters. YouTube has also set a limit of 30 characters per YouTube tag, totaling 500 characters in total.

Another social network with a focus firmly on images is Pinterest. It allows you to create a maximum of 500 Pinterest boards, featuring a maximum of 200,000 Pins.